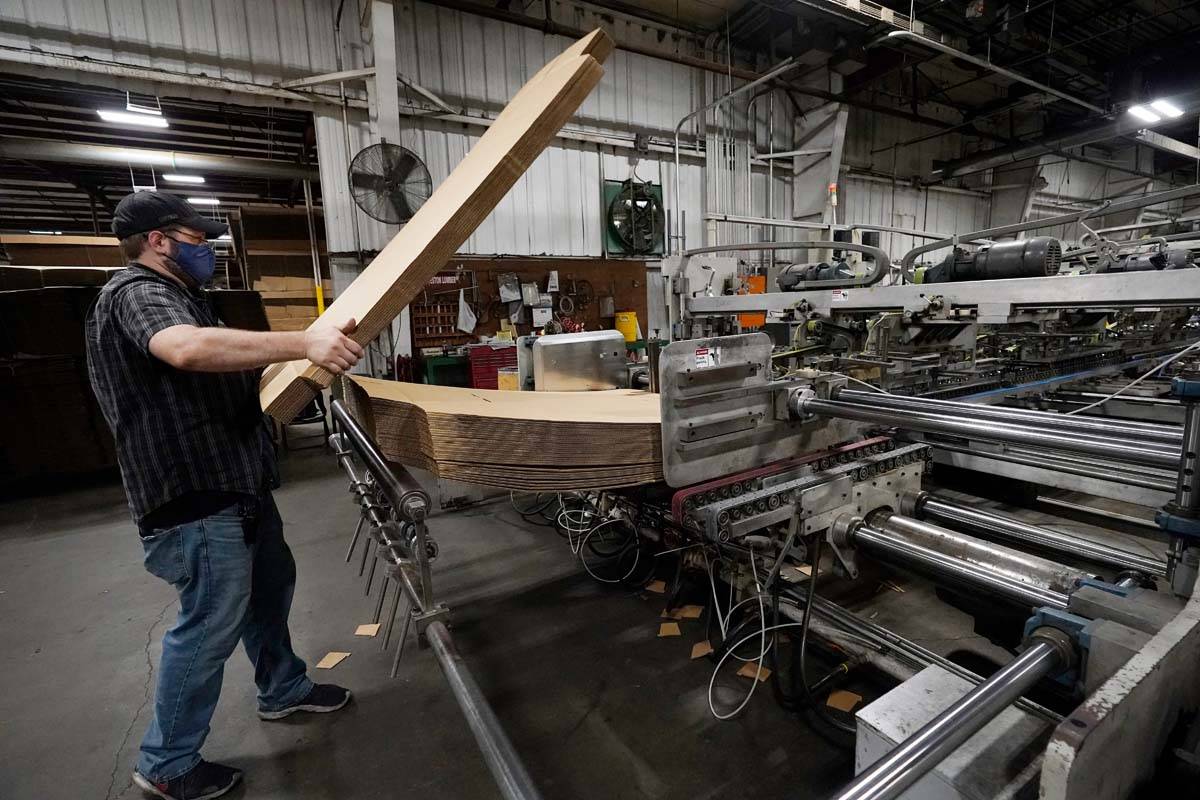 Rob Bondurant, a supervisor at Great Southern Industries, a packaging company, loads up a finishing machine in the Jackson, Miss., facility, Friday, May 28, 2021. The lack of workers has forced some supervisors to assume additional duties. Charita McCarrol, human resources manager at the company, cites the abuse by some people of the $300-a-week federal supplement for people who lost their jobs during the COVID-19 pandemic, as well as other programs that offered extended support for the unemployed, with providing a soon to end financial staple. She also cited that for some people, a steady paycheck and benefits like health care, are not enough of an incentive to pass up the expiring benefits. (AP Photo/Rogelio V. Solis) 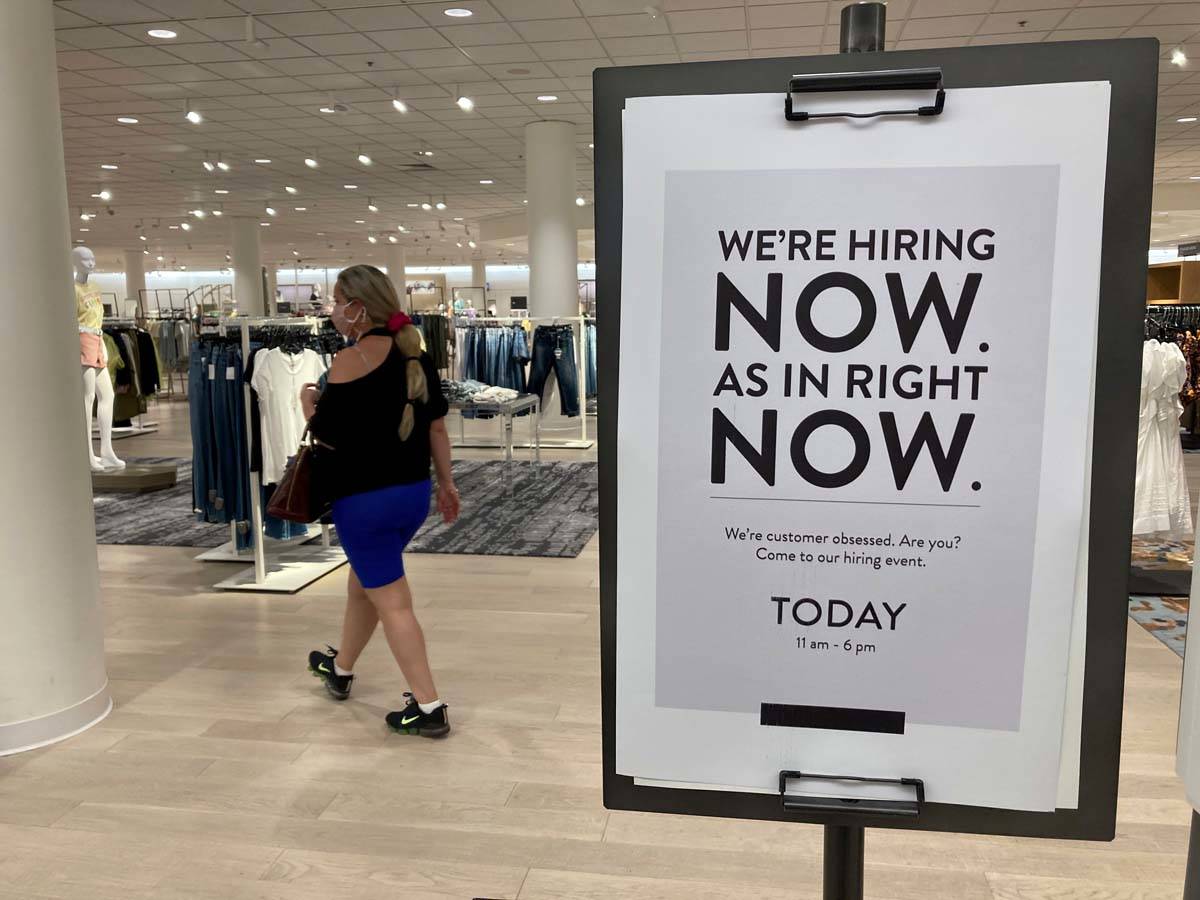 A customer walks behind a sign at a Nordstrom store seeking employees, Friday, May 21, 2021, in Coral Gables, Fla. The number of Americans seeking unemployment benefits dropped last week to 406,000, a new pandemic low and more evidence that the job market is strengthening as the virus wanes and economy further reopens. (AP Photo/Marta Lavandier)

WASHINGTON — The number of Americans applying for unemployment benefits fell for the sixth straight week as the U.S. economy, held back for months by the coronavirus pandemic, reopens rapidly.

Jobless claims fell by 9,000 to 376,000 from 385,000 the week before, the Labor Department reported Thursday. The number of people signing up for benefits exceeded 900,000 in early January and has fallen more or less steadily ever since. Still, claims are high by historic standards. Before the pandemic brought economic activity to a near-standstill in March 2020, weekly applications were regularly coming in below 220,000.

Nearly 3.5 million people were receiving traditional state unemployment benefits the week of May 29, down by 258,000 from 3.8 million the week before.

Businesses are reopening rapidly as the rollout of vaccines allows Americans to feel more comfortable returning to restaurants, bars and shops. The Labor Department reported Tuesday that job openings hit a record 9.3 million in April. Layoffs dropped to 1.4 million, lowest in records dating back to 2000; 4 million quit their jobs in April, another record and a sign that they are confident enough in their prospects to try something new.

In May, the U.S. economy generated 559,000 million new jobs, and the unemployment rate dropped to 5.8 percent from 6.1 percent in April. Many economists expected to see even faster job growth. The United States is still short 7.6 million jobs from where it stood in February 2020.

But employers are posting vacancies faster than would-be applicants can fill them. Many Americans are contending with health and childcare issues related to COVID-19 and with career uncertainty after the coronavirus recession wiped out many jobs for good. Some are taking their time looking for work because expanded federal jobless benefits pay more than their old jobs.

Many states are scheduled to begin dropping the federal benefits this month. Altogether, 15.3 million people were receiving some type of jobless aid the week of May 22; a year earlier, the number exceeded 30 million.

Richard Branson walked the casino at Virgin Hotels Las Vegas on Friday morning. He was easy to spot.

Investing in cannabis: What to know before you begin
By Ann Logue GoBankingRates

Cannabis is legal-ish in much of the nation now, creating new opportunities for investors. Kiplinger’s recently talked to Matt Hawkins, partner at Entourage Effect Capital, who’s firm has committed $200 million in 68 different legal cannabis investments, most of which are private companies.